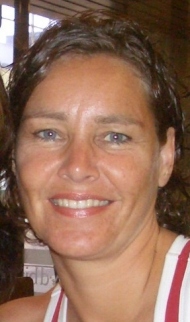 
Diana de Rijk (1964) is the founder of In2Q and works as Senior Consultant. Diana is a certified Lead Auditor ISO 9000:2000 (IRCA) and certified Quality Engineer (ASQ).

From 1999 to 2004 she held several positions, including Quality Control Manager at the biotechnology company IsoTis S.A.

Prior to that, she worked as Quality Engineer for Organon Teknika / AZKO Nobel, an In Vitro Diagnostic (IVD) manufacturer (1993-1999).

She also worked as a Research Analyst at the AMC / University of Amsterdam and the Antoni van Leeuwenhoek Hospital / Netherlands Cancer Institute in Amsterdam.

In 1987 Diana graduated from the Higher Laboratory School in Amsterdam, majoring in Biochemistry.